I’ve been catching up on some old Star Trek movies lately. I’m happy to report that I’ve now seen all of them. It’s shocking, actually, seeing that I would have called myself a fan. In any case, I had a good time, and there are some very interesting lines in there. Wrath of Khan is particularly good that way. There was one line from another movie, Generations which piqued my interest though. It’s a conversation between a Dr. Soran, who has kidnapped one of our protagonists, and Geordi La Forge (ship’s engineer), the aforementioned victim. Geordi has a birth defect which affected his sight – he’s never had the use of his eyes, and he relies on a visor to aid his visual perception. The good doctor asks him, “Have you ever considered a prosthesis that would make you look more, how shall I say, normal?” Geordi, with a slightly pained looked in his face replies, “What’s normal?” To which the doctor chuckles, responding, “Well, that’s a good question. Normal is what everyone else is, and you are not.”

What’s normal in your world? Are you an average Joe? One of the things I’ve found is that the things people in my circles consider normal, they actually aren’t all that normal when I look beyond us. The wider majority of people out there aren’t really serious and committed Christians. Most of the people out there don’t have real homes. A lot of folks don’t have running water, or electricity. Vacation – what’s that? You have clothes on your back? Got food on the table more than once a day? Do you have an education that allows you to read a book to yourself and your kids? Can you access and read this blog? That’s not really normal. Almost everyone else in this world lives a life that varies widely from this ‘norm’. The strange thing though, is that I don’t feel abnormal. In fact, in my mind, I feel too normal, too average, too boring. Why is this? How have I come to a place where my cushy existence is what passes for normal, or average? How have I been insulated from the reality and led to believe that everyone ‘out there’ is like me? Does this impact my faith in any way?

One thing that really comes to mind with force is that fact that the bible has to apply differently to me than what I thought it did. Whenever I read things like ‘blessed are the poor’, I think I always fancied myself in that category. When I look reality in the face, though, poor ‘is what everyone else is and I am not’. Sure, we like to compare ourselves with others within the same social strata (believe me, even missionaries compare themselves to other missionaries), and in some cases we come off better than others, at times worse. Or we look at the super rich, and think to ourselves that we are just hanging on. Francis Chan gave a sermon on this, called “Lukewarm and lovin’ it”. The reality is this – I am rich. Compared to the rest of the world, with what is ‘normal’ according to the numbers and not my experience, I’m one of the rich. So I should rather read the bible with this pointing at me, “woe to you who are rich, for you have already received your comfort. Woe to you who are well fed now, for you will go hungry…” (Luke 6.24, 25) and so on. My approach to God has been as one of the poor, while I’m actually one of the rich. I’ve acted as though I have nothing to relinquish whereas I have much to give up. I’ve acted as though I have no interest in this world when the reality is I’m invested in this world, in the status quo, and I have resources that I wouldn’t want to part with. I’ve acted as though I was the widow with the two mites when in actual fact I am the rich man who puts his gifts into the basket indifferently.

Something within me and my fellow middle-class (ers) balks at what I’m saying. All our lives we’ve probably been told, taught and thought that we’re just average. We’re not excessive. We’re not like ‘them’ over there that splurge on unnecesarries. We just try to get by, and yes, we do have a few comforts but they are earned. Without taking anything away from that, I think the failure of this view is that it’s too insulated. It looks sideways and upwards, but doesn’t spend enough time looking downward (if I can put it that way). We look at our peers (social) and we look at our ‘betters’. We have some inclination of the lives they lead because we roll in the same circles. You’ve been invited to a rich friend’s party at some point. You’ve seen his house, how he lives and all that. You have the magazines, the television shows that let you into that world. But it’s not the same with the poor. Aside from the news reports (which are not that pleasant to watch), and perhaps a relative here or there, we never really go into the world of the poor. There are no glossy magazines that are a gateway into their lives. Our society is structured in such a way that you’d have to make a deliberate effort to see how the poor live. And this is precisely what I do not do. And so I maintain my illusion of normalcy, I complain about crime, I hold onto what I have as tightly as possible, I tell myself I’m one of the little people, and I console myself that Jesus will come through for ‘us’ the down and out, when in fact I have no clue what I’m actually talking about. I look forward to His justice, to the time when he fills the hungry with good things and sends the rich away empty, without giving a thought to the point that I am one of the rich, and possibly one of the unjust rich. It’s a strange place to be in. If normal is what everyone else is and I am (we are) not, it feels rather like I’m a Martian living amongst Terrans. 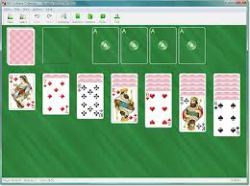 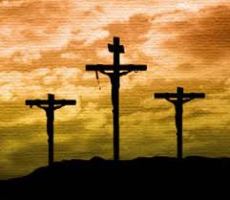 “When I survey the wondrous cross, on which the prince of glory died…” so the song goes. It puzzles me how someone of royal lineage would die in such a crude way, and that by choice. My experience of power and those who have power is that it is meant to insulate you from discomfort, grief and pain. Who discards power and chooses to be killed by peasants in an utterly humiliating fashion?
The conundrum gets more interesting when you pause a moment longer to consider the One who died. The prince of glory. God himself. How could God die? It feels like we’re standing on the precipice of a chasm of wonder and fathomless depths. He surrendered Himself to death, even death on a cross. How though? The mechanics elude me, but like Lewis said, understanding precisely how the thing works isn’t the be all and end all- it just works. So, here is a God who has all power, yet He casts/sets aside His life, power, majesty and subjects Himself to death and humiliation. It says a lot about Him. It also says a lot about us. I wouldn’t do such a thing. The reason I know is that in everyday interactions with people I tend not to relinquish power. I want the upper hand. I want to be the smartest in the room. I don’t want to be belittled, or ignored, or treated in a way less than my rank deserves (whatever that may be- it varies depending on whose company I’m in). Maybe I grab onto power because I have too little? Perhaps, but that’s arguing contrary to the facts as they are- I can only speak from what I am and have done.
The humility I see quite clearly evinced by Jesus in His life and death is something I don’t have by nature. And I suspect I’m not alone in this. I’ve been pondering the various ‘revolutions’ going on in North Africa at the moment. On my continent, leaders seem quite reluctant to step down from power, to become plain citizens again after having graced the halls of power. Would they ever bear a cross, public humiliation? In many cases, leaders fear prosecution for crimes that they perpetrated- would this not be a just cross to bear though? Unlike Jesus who allowed himself to be punished unjustly, they would be suffering a humiliation that has been earned. The wonder of the cross is that God would subject Himself to us, allow us to kill Him. That is awesome, in the traditional sense of that word. The horror it reveals is us- our desperate wickedness, desire to hold onto power by any means, our lack of humility. It shows us as we truly are- people that would rather kill God than yield to Him; in other words, power hungry little despots, rebels holed up in trench warfare against the King of the universe. Oh, the horror. The horror.